Apple Cider Cupcakes with Cider Buttercream Frosting might just be the most quintessential fall cupcake. Chunks of real apple are scattered in a cider flavored cupcake topped with a spiced cider buttercream frosting and a drizzle of salted caramel. Flavor wise, it doesn't get more perfectly fall than that! 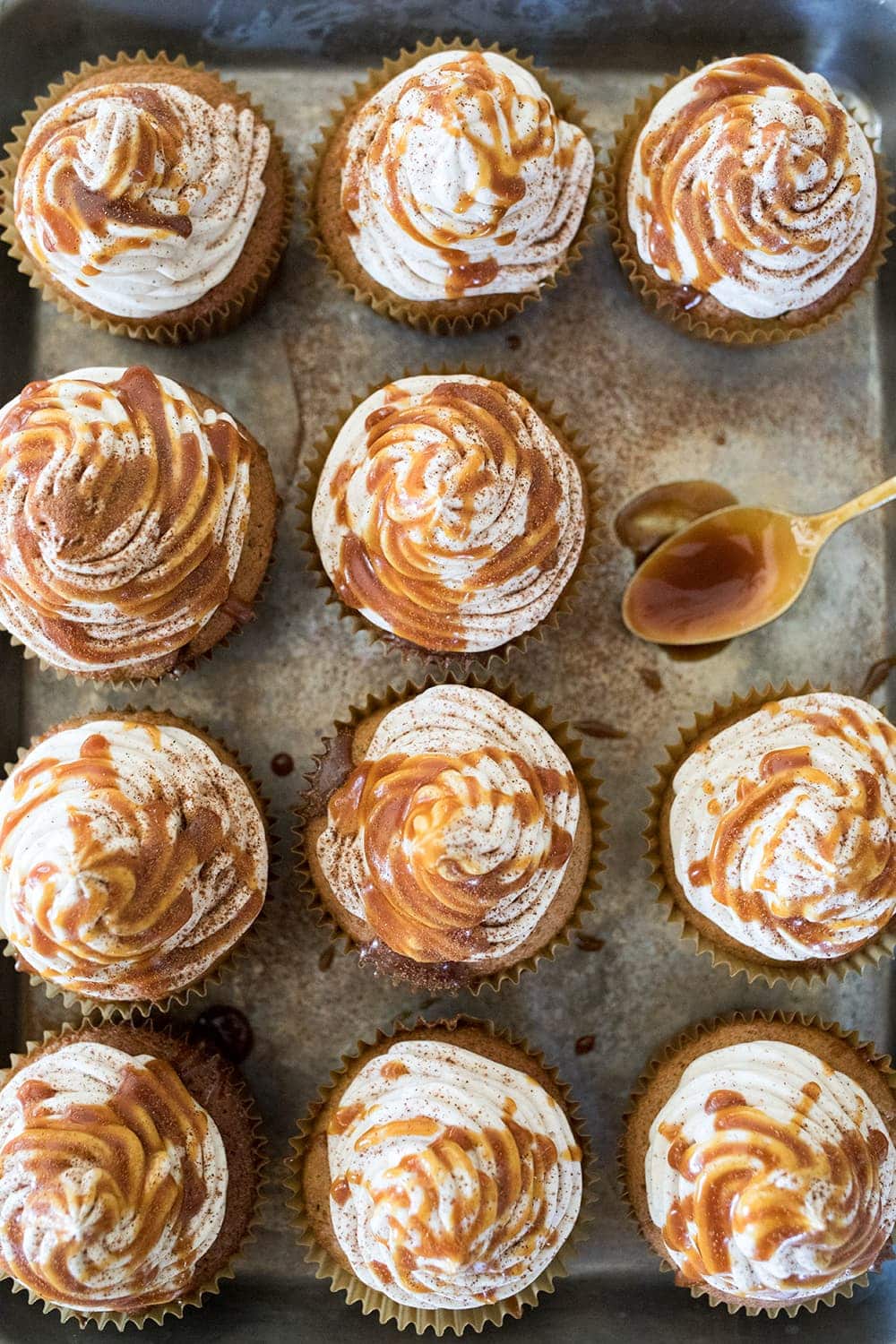 My apple cider cupcakes are not too sweet, not too tart, and packed with lots of cinnamon-cider flavor. While little chunks of apple give a sweet bite and crisp texture to these cakes which I love.

I chose to use a variety of crisp pink apples that have a nice tart bite to them to ensure my cupcakes weren't overly sweet but any crisp red apple will work nicely. 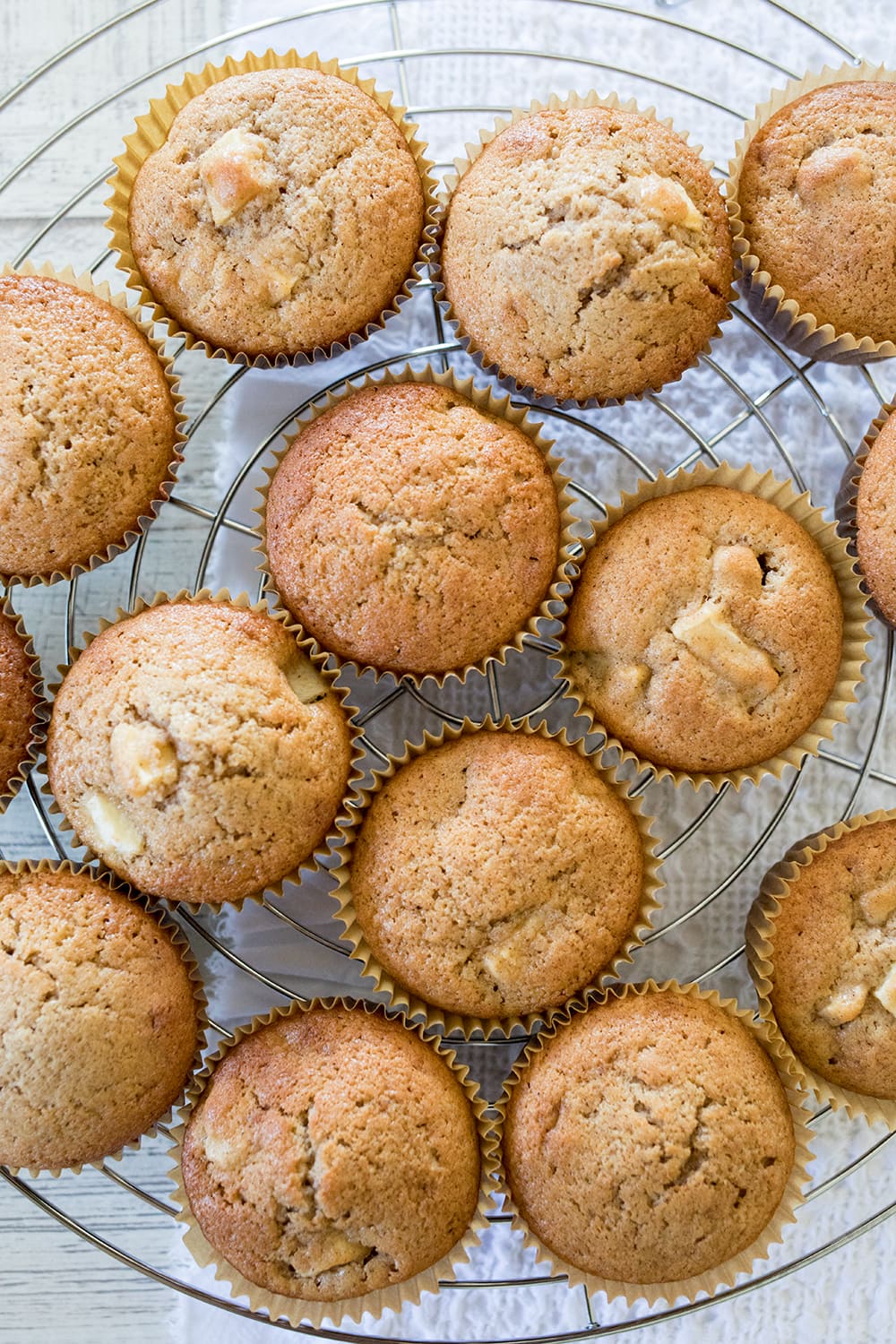 BAKING TIP: When baking cakes, cupcakes, quick breads or muffins, the trick to keeping pieces of fruit from sinking in the batter while baking is simple: toss them in flour first!

Before folding apple pieces into your batter, toss them in about a tablespoon of flour to ensure that they are well scattered throughout the cupcakes. 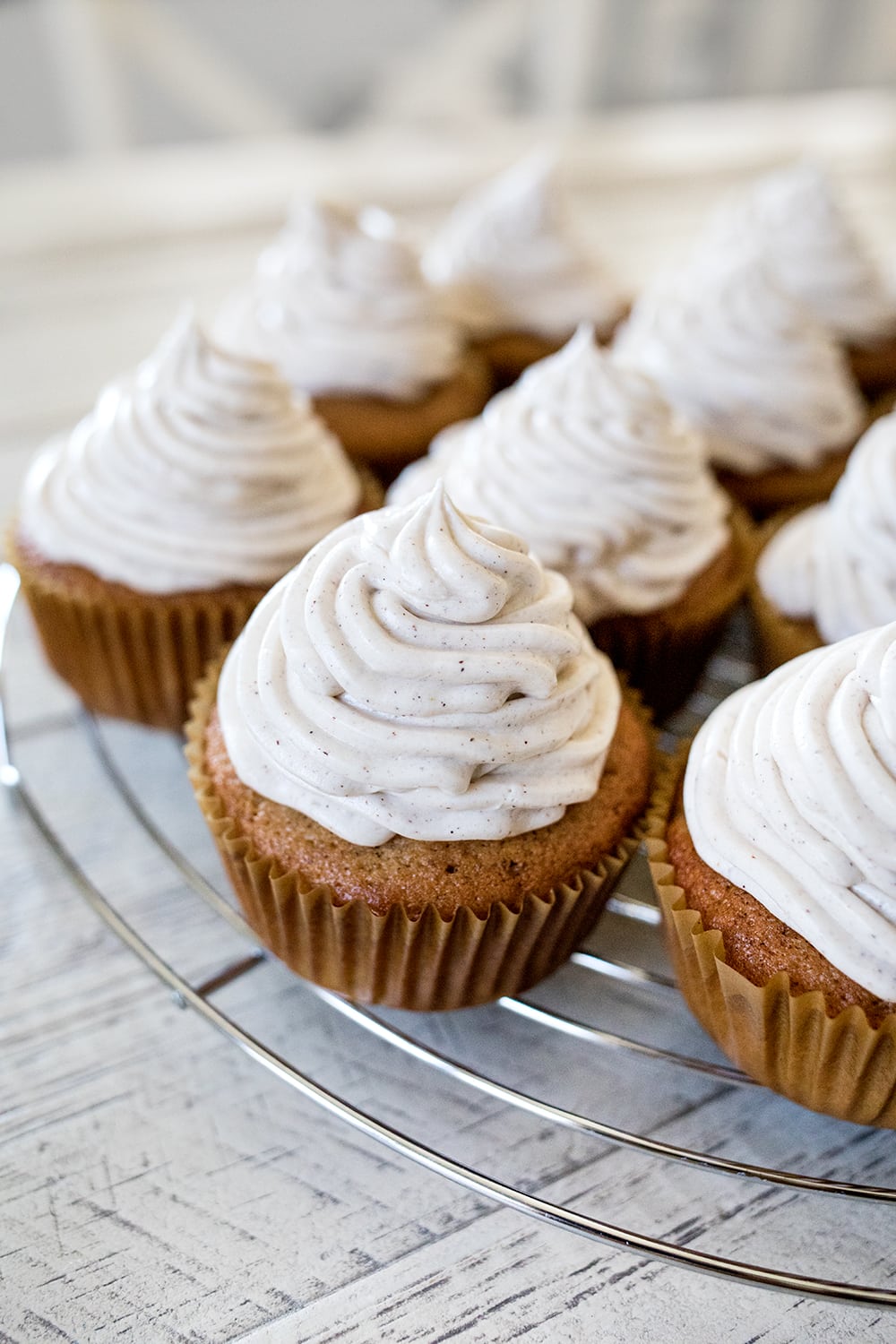 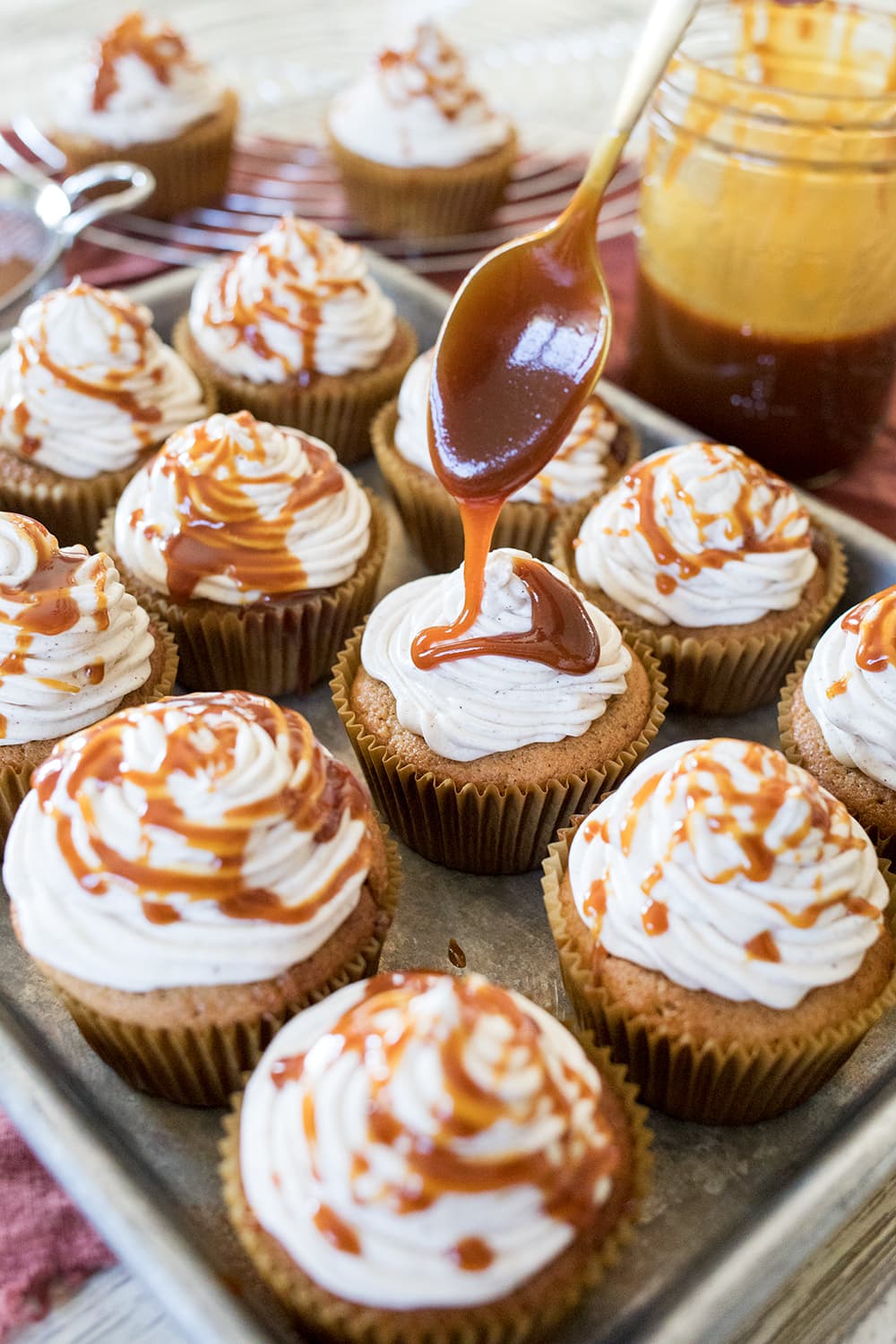 Apple Cider Buttercream Frosting is so easy to make thanks to the nifty trick of reducing down spiced cider to a concentrate. It take less than ten minutes and keeps your frosting cider-flavored without adding too much liquid.

If you don't have a piping bag, fill a large ziplock bag, cut off the corner with scissors, fill it with your homemade frosting and pipe away! 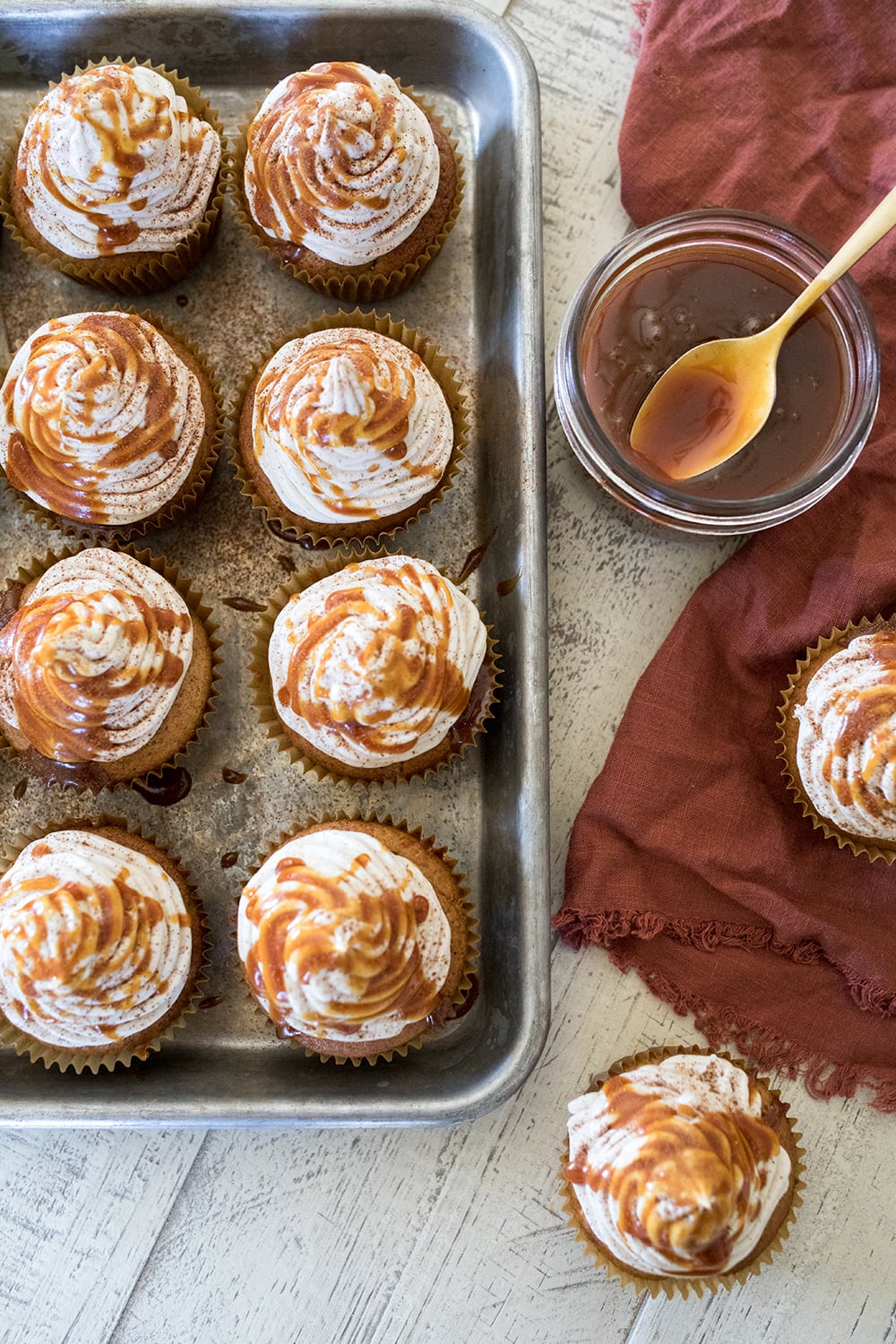 Let's face it, most recipes are improved by a drizzle of salted caramel sauce and these cupcakes are no exception! They really are delicious on their own but the added layer of flavor takes these cupcakes to a new level of fall flavor.

You can find my favorite recipe of Homemade Salted Caramel Sauce here. 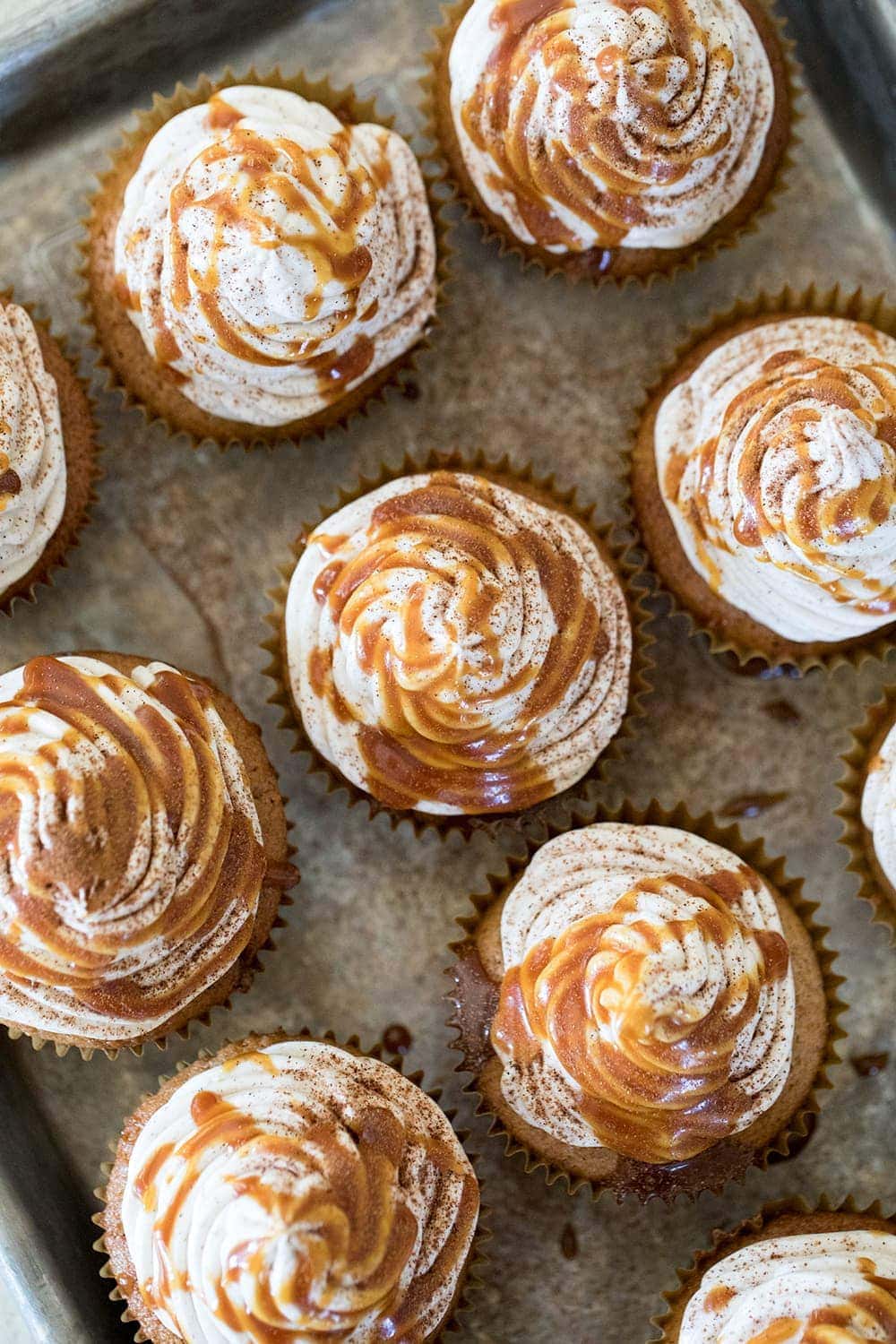 The weather is crisp and the days are becoming short. The cravings for caramel and apples and all of these fall flavors have definitely arrived and my Apple Cider Cupcakes satisfy all the cravings.

I hope you will try this recipe and let me know what you think in the comments below! Happy fall baking. 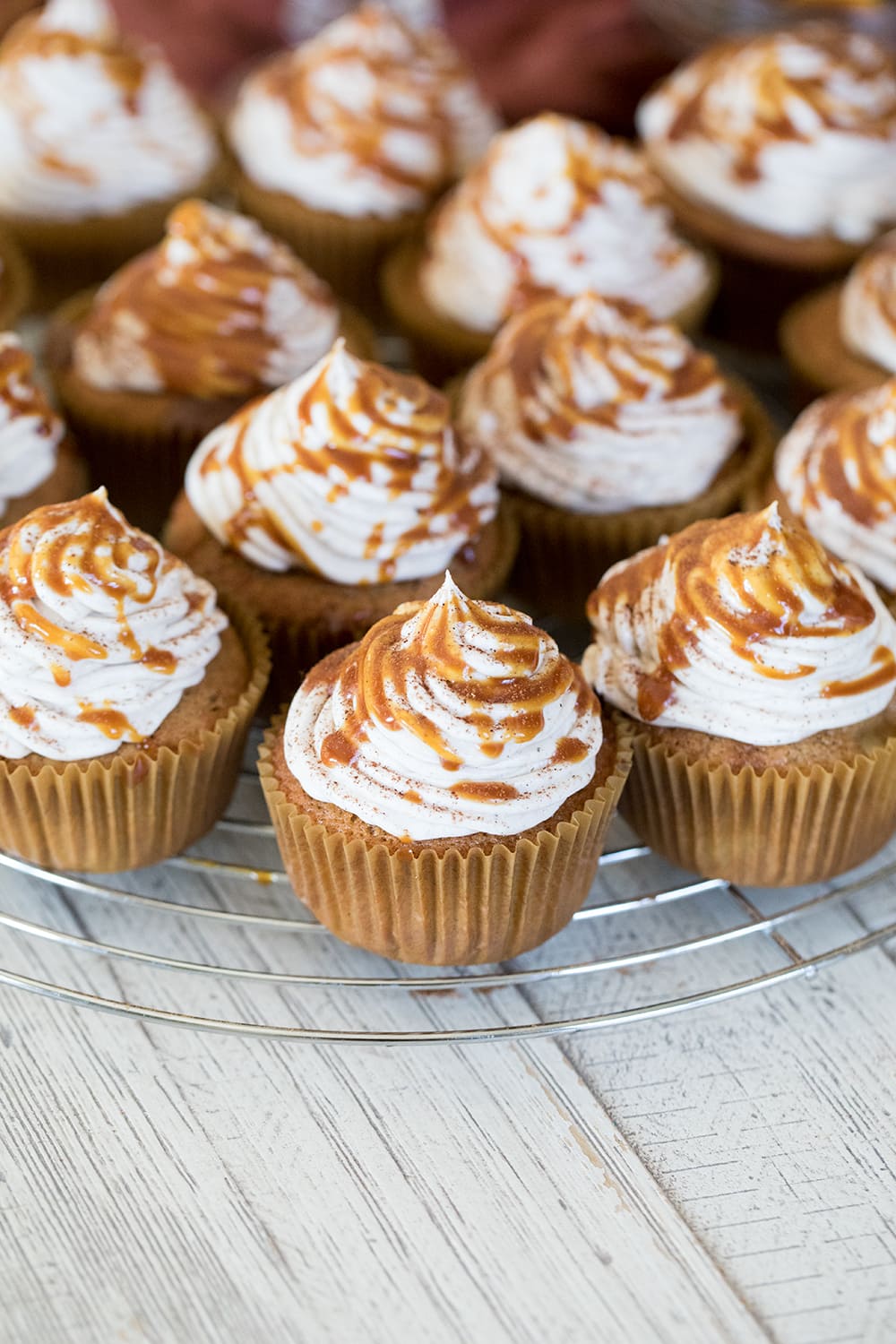 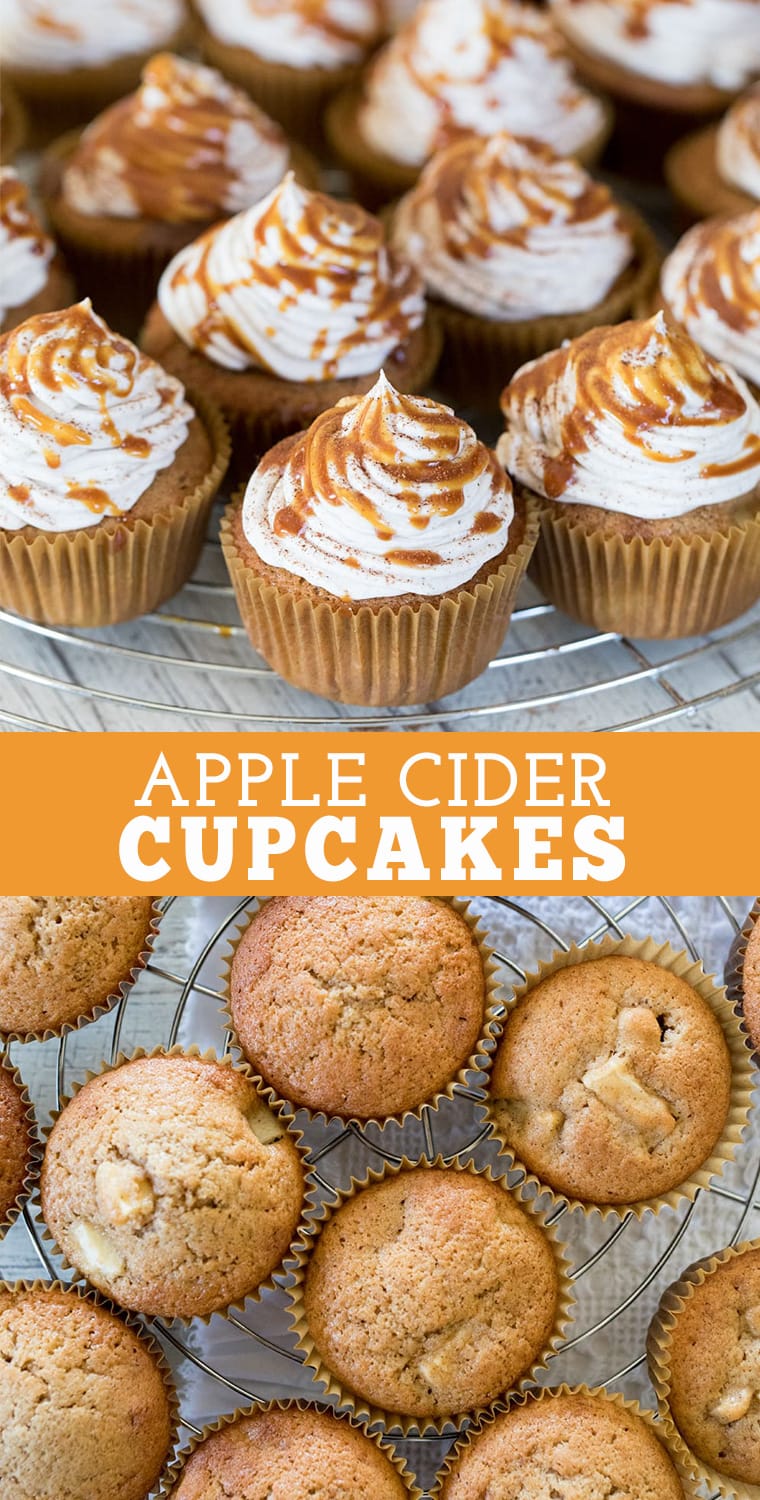